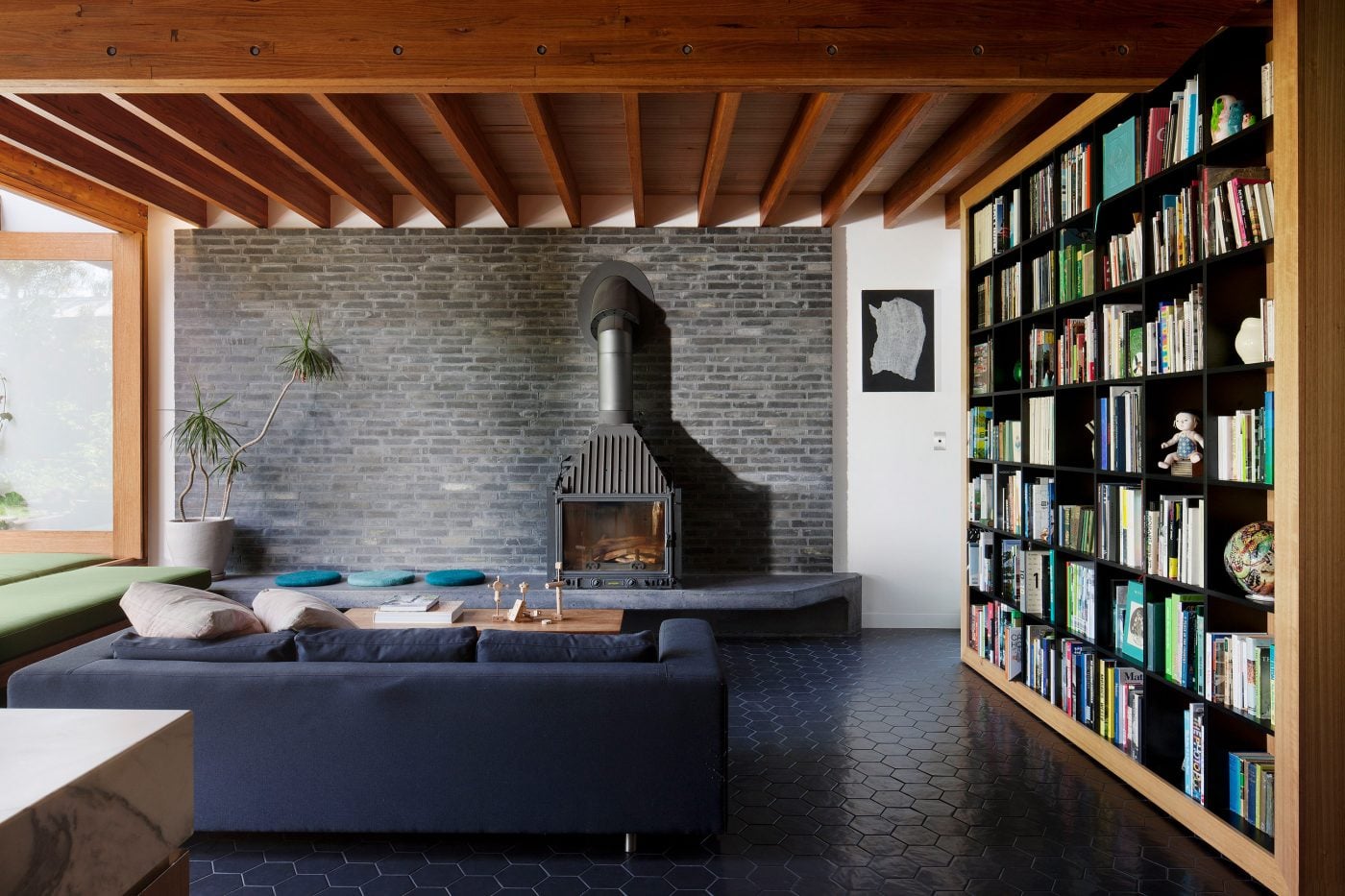 Dolls House is an idea about providing flexible, highly sustainable living that is responsive to its context and able to adapt to the changing needs of a family over a long life-span.

The first known Doll’s house, originally called a ‘baby house’ in 1557 was a showcase for local creatives and craftspeople to display their wares. The Dolls House later became a play thing for children; a space of imagination. Shared ideas of creativity, craftsmanship, play and imagination underpin this house, whilst also mirroring the flexibility of the Doll’s house where a bedroom can become a living room or dining room by simply moving furniture or joinery.

The new addition is largely made up of two spaces stacked upon each other, with no doors or walls, just furniture and joinery to divide space and imply use. The two levels of the house are treated quite distinctly; the lower sunk below grade and heavily grounded, whilst the upper is soaring into the treetops. The new addition frees up the plan of the old house where the former living and dining areas have become a flexible buffer space with an artist studio and playroom that place creativity and play at the centre of the home.