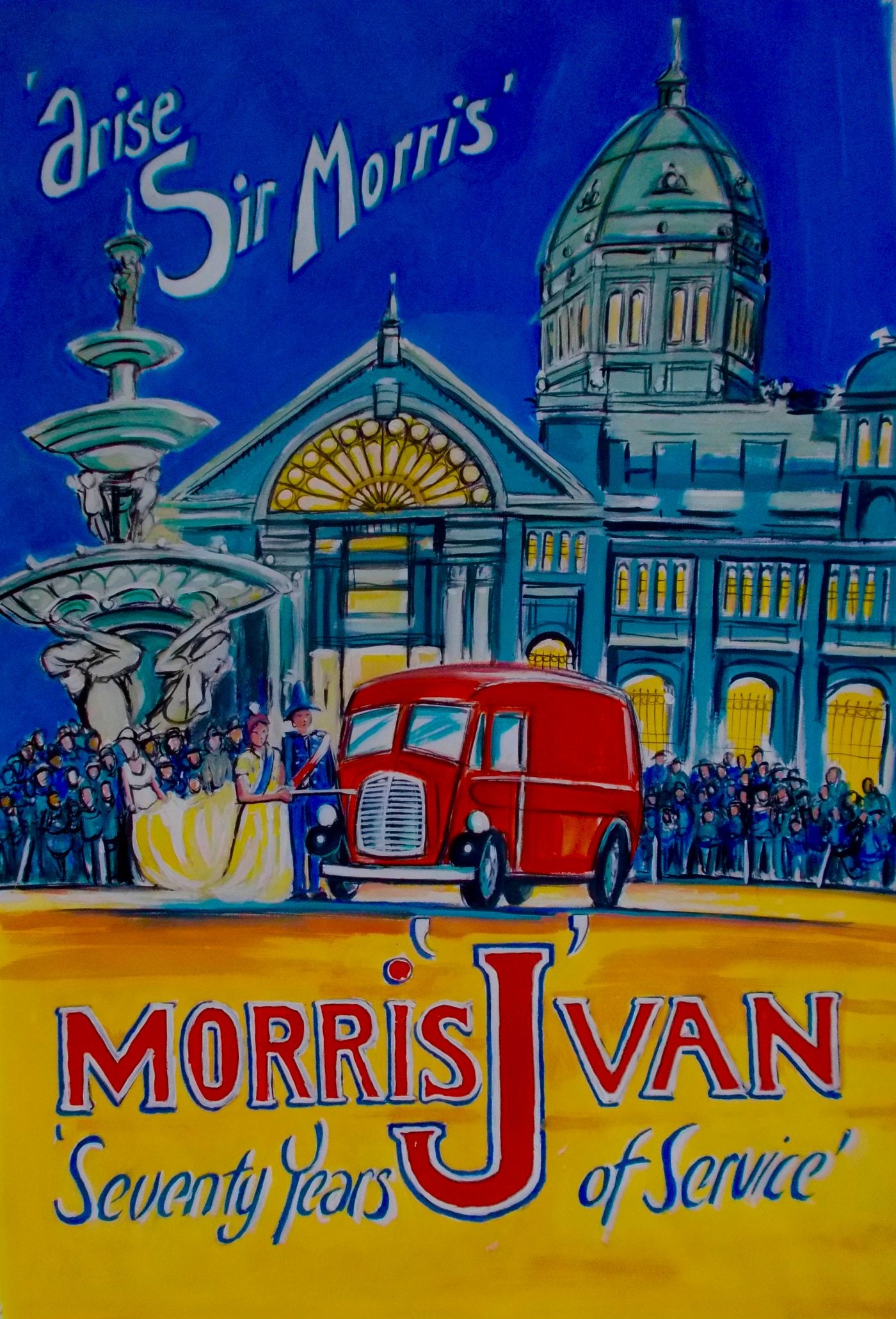 For Motorclassica in 2018, the emphasis switched to something the artist David McCubbin was more familiar with; ‘Postwar British’ engineering and the Morris J Van. This time David chose to reposition the iconic van within the typography of the 1940’s and 50’s poster. These posters were subsequently exhibited at Motorclassica and received favourable response both in Melbourne and at the 70th anniversary celebrations held in Bendigo a week later.